11 For I know the plans I have for you, ” declares the Lord, “plans to prosper you and not to harm you, plans to give you hope and a future. 12 Then you will call on me and come and pray to me, and I will listen to you. 13 You will seek me with all your heart. 14 I will be found by you, “declares the Lord, “and will bring you back from captivity.

When we go through times of difficulty and pain then our faith is strained because we cannot understand how a loving God, Father, and Savior could allow his beloved children to suffer such horrific events in their lives. Were we created to suffer? NO. We were created to commune with God in the Garden of Eden offering our love and praises to our Creator. But that is not how things turned out and the choice made in that garden has affected all of creation as it all fell with man.

I struggled a long time with scripture because of two distinct reasons. First, people who claimed to know what God was saying in his Holy book were interpreting it through their own biases leaving the message empty and at times painful. Second, well meaning folks threw snippets of scripture at me in an attempt to lift me up but they instead felt like insincere platitudes or cruel reprimands. I felt so alone and so distant from God that I turned my rage toward him.

There was a point along my walk of faith that I told God:
“If you are not going to help us, then just stay out of our lives. I do not need you screwing with my life so I will do what you refuse to do. I will fix YOUR mistakes!”
Obviously, each of these words was saturated with pain, confusion and a feeling of utter abandonment. I used the anger and hatred to plow forward determined my life would not be a repeat of my Mothers’, who was disabled and raised three daughters in poverty. I was going to become a doctor and have power to control things and help the people God refused to help. That did not work exactly as I had planned. I then decided that I was going to teach, not as much power but still equipped with what I thought would be a life-changing movement that would bring me and my mother out of poverty, finally. That did not work out as I had planned. Next, I decided to become a therapist and travel around the nation as respected speaker to educate the masses about child abuse and sexual predation. However, I was beginning to realize this plan, too, was doomed to failure. By this time I was being practical knowing my health would not hold up as long as the “normal” young woman so I decided to plan my career track in a way that would allow me a lucrative career where I could help many people without the need to be physically active. I would achieve financial stability and finally be able to secure my mother’s and my future well being. Well, my plans failed here as well. Oh, I earned the education and degrees but I had run out of time to bring MY plans to conclusion. My health began to fail me by exponential leaps and I saw my future disintegrate before my eyes. By this time my faith had grown and I had learned many things allowing me to understand that God had never been my enemy…he was and would always be my champion.

Today, after decades of suffering and an understanding that my future holds more suffering along with further restrictions on my mobility and independence, I am in full acceptance of GOD’s plan for my life and not my own. God had used each and every one of my choices to reveal another part of who he really was and what he needed from me. He has an everlasting patience and boundless love that will accompany us upon our journeys whether we want him there or not. He is there waiting for us to understand how much we need him. I was not a very patient person but I have learned patience. I was not one who trusted God completely but now I give myself, my life, my soul to him with full abandon because I know beyond any doubt that his plans for my life are to prosper me and not to harm me. Without going into all the gory details of my struggles I will provide a picture depicting a “before” and “after” image of living within my plans and now living within God’s plans for my life. Some may see it as very negative but I do not. In the first image, I thought I was doing what God wanted me to do and in the second, I know beyond all doubt this is where God needs me to be right now and that is okay because I care little of what the world sees as success. It only matters to me what God sees when he gazes upon his daughter…love. 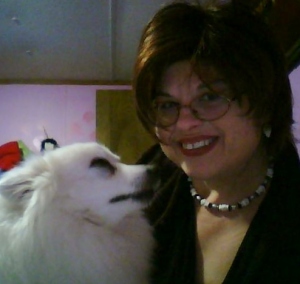 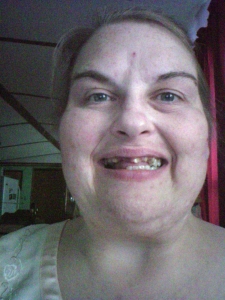 In the first image I was happy but did not know joy or peace. In the second image I know joy, peace, love, acceptance, faith, perseverance, forgiveness, and all my waking efforts are to do the will of the Holy spirit who resides within me. Yes, prolonged, chronic illness has ravaged my body but not my faith as God holds me in his everlasting embrace and that is true and utter happiness.

When minor bad things happen use them to practice patience and to reveal to yourself whether you go to God for answers first or whether you rely on your own understanding, which is never enough. We cannot see the whole picture so our understanding of the now is severely restricted. God sees and knows all so we must put our total trust in his hands. When major, horrible, bitter things try to destroy us then we must cling to God even tighter than before. These horrible things whether they are minor or major are not from God but are borne of Satan. He is the target of our ire, for he is using all the power afforded to him in an effort to bring us down. He wants to rip our souls from our bodies and cast them to hell and sing victorious songs that he was able to destroy a follower of Christ.
God could stop it, all of it, in the blink of an eye but it is his unfathomable mercy and love that keeps him from stretching out his hand and beginning the rapture, the second coming, the return of our Savior. Most Christians see this as a glorious event, and it will be for believers but no horror, no fear, no depth of pain and suffering will ever compare to what is coming in the final days. God wants as many of his children to turn to him before that event occurs because he does not want to lose any of his children, whom he dearly loves. If you are a Christian then you know how the story ends and it is a wondrous, glorious, awe filled conclusion to the relationship between God and Mankind. However, many will perish, be judged, and cast into the eternal lake of fire. Each of us was created for a specific purpose. Each and every one of us was given specific gifts that were meant to equip us to survive Satan’s torments.

If we try to follow our own plans then we may find worldly success, if you are willing to compromise your beliefs and sacrifice a commandment here and there. The world will reward you but you are not fulfilling your purpose. If you are a follower of Christ then you will keep getting up each time Satan and his minions knock you down. It will not be easy nor pleasant but just as God told Paul, “My grace is sufficient for thee, for my power is revealed in your weakness.” (2 Corinthians 12: 7-10). Not everyone will be called to great suffering, for God has not equipped all of his children with the ability to endure prolonged suffering. Not all of his followers will be broken. No some will be very successful and well known. Not all of his followers will taste the bitterness that humanity and the fall has to offer. However, all will be held accountable for their walk upon this Earth. No one will escape the suffering this world has to offer and not everyone will turn to God for help. They will try it on their own and some may even appear as if they are succeeding in this world. Yet, whether or not they recognize the existence of God, He is there and there will be a reckoning.

We are not going to understand or like everything we are going to encounter upon our path to Glory but it is critical that we do not stop. Get up, keep moving one step at a time because the more suffering you endure the greater the work and purpose the Lord is placing before you. The more attacks you survive and thrive beyond then the stronger warrior you become for the Almighty. While he does not cause the pain, heartache, and suffering he will use it to fashion you, mold you, teach you, and create within you a clean heart that will shine so brightly all will know you are a son or daughter of the almighty King of Kings and Lord of Lords. Amen.

Leave a thought or two and I will surely get back to you! Cancel reply

Cooking with a Wallflower
Mihranpiano

“Music is the language of the spirit. It opens the secret of life bringing peace, abolishing strife.”

|| Break the barriers and Make a difference ||

Unkempt Mind dribbling in the seethe

The Girl Who Speaks (To Herself)

Thoughts, when they come to me.

Venez parler de tout ce dont vous avez envie avec moi. Donnez vos opinions en toute liberté. Laissez vos commentaires. Je vous attends nombreuses et nombreux !!! / Translation in English for people who don't speak French : come to speak about all you want with me. Give your opinions with complete freedom. Leave your comments. I await you many and many !!!

The Year(s) of Living Non-Judgmentally

Here and now, with all of it.

Me and my Granny

Priscilla Eslo
Im ashamed to die until i have won some victory for humanity.

Domenic Garisto / LIFE IS NOT A REHERSAL,SO LIVE IT..if you can't be the poet, be the poem..havau22.com

Help Change The World. The Future Of The County Is Now.

INTERNATIONAL GLOBAL PARTNERSHIPS - "Reform begins from the grounds up."